How to Avoid Orange Peel Appearance in Your Conformal Coating 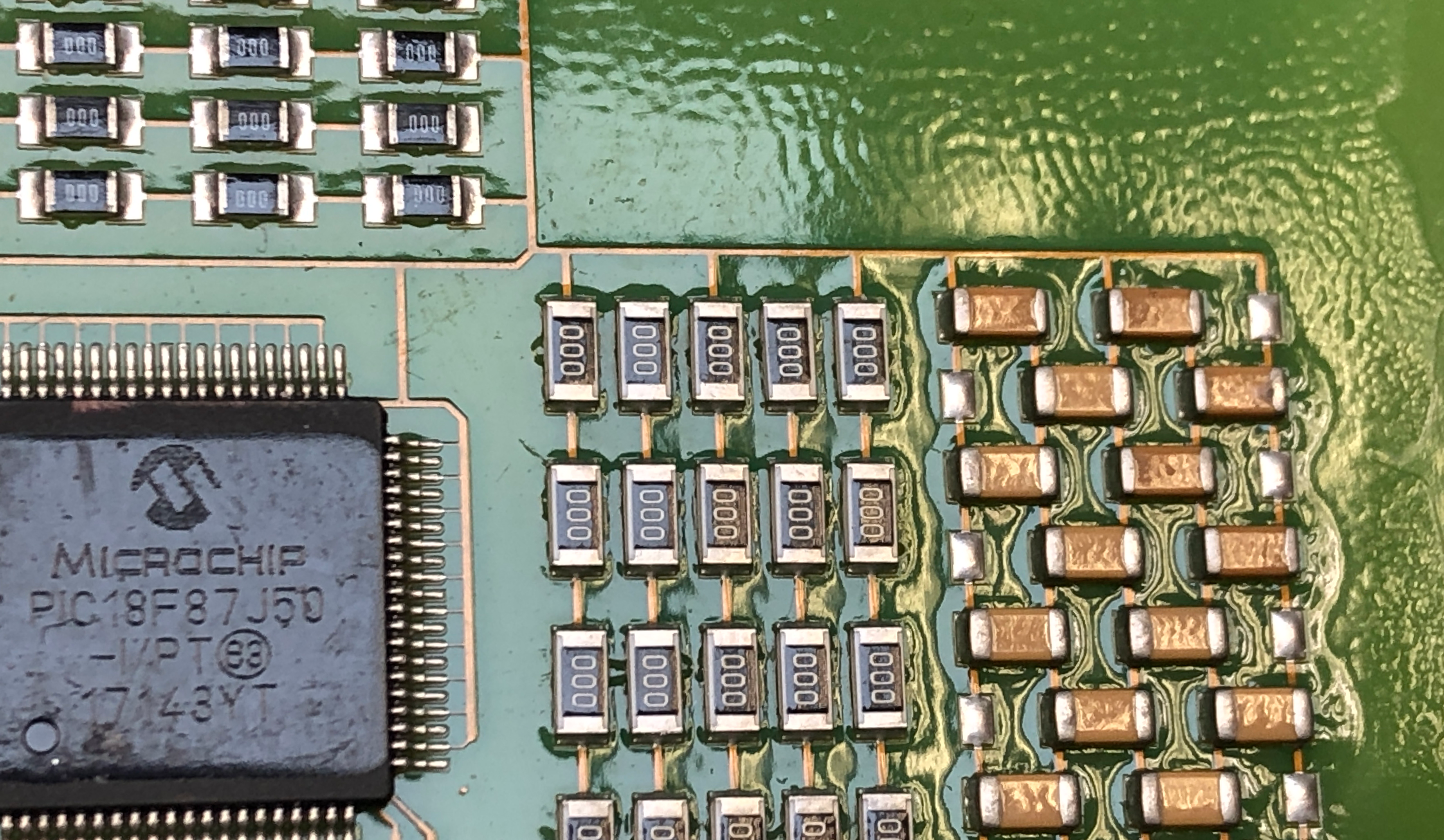 Have you ever seen your conformal coating look like the pictures above? It is a fairly common report to our technical support group. The appearance is often described as “orange peel” or sometimes “alligator skin.” We would like to offer you a basic explanation of this phenomenon, along with some simple approaches to avoid its occurrence or eliminate it when it appears.

What is orange peel and what is the cause?

In our experience, the uneven appearance that looks like the surface of your garden variety orange is almost always the result of exposing the coating to heat and airflow too quickly.

The problem of orange peel appearance is almost exclusively found with the use of solvent borne conformal coatings including acrylics, urethanes, and synthetic rubbers.

This is because it is an effect resulting from uneven drying at the surface of the coating. By exposing some coatings to excessive airflow or heat too early after application, it is possible to “skin” the coating with a thin dried layer beneath which is a remaining undried coating. One of the results of this can be entrapment of bubbles, which we have written about in the past. A second possible reason for this skinning process is that the coating is “frozen” in place too soon -- before it has had the ability to completely flow out to a smooth finish. The resulting dried coating will appear like the surface of an orange or alligator.

A simple test of sorts to evaluate whether your odd surface appearance is truly orange peel is to coat a board and allow it to dry at ambient conditions with no airflow. If the orange peel disappears, you can be confident it is the phenomenon we are discussing here. If it does not, it may be a surface energy issue or one of many other possibilities to be discussed another day.

Is this even a problem?

Good question! The truth is that in many cases the existence of orange peel appearance has little or no effect on the performance or durability of the conformal coating. Except for the most extreme examples, as long as the entire surface maintains the recommended minimum coating thickness -- typically 1 mil or 25 microns, the conformal coating will provide the desired protection even if it is not very pretty.

There are, however, many newer standards and specifications within industries, such as aerospace and automotive, where there is a requirement for surfaces free of visual defects. There are often arguments as to what constitutes a visual defect, and orange peel can be in a bit of a grey area in that regard. Nevertheless, with visual inspection standards increasing regularly, it makes sense to understand this phenomenon and eliminate it from your process.

How do I avoid or eliminate orange peel?

In many ways, the solutions to orange peel are the same as those described in the past to avoid entrapment of bubbles. The main cause in both cases is the “skinning” of the surface, resulting in uneven drying of solvent borne materials. We discussed the causes of orange peel: too much airflow and/or too much heat applied too soon. As a result, the solution is obvious: less airflow and less heat during and immediately following application.

The process adjustments are to: 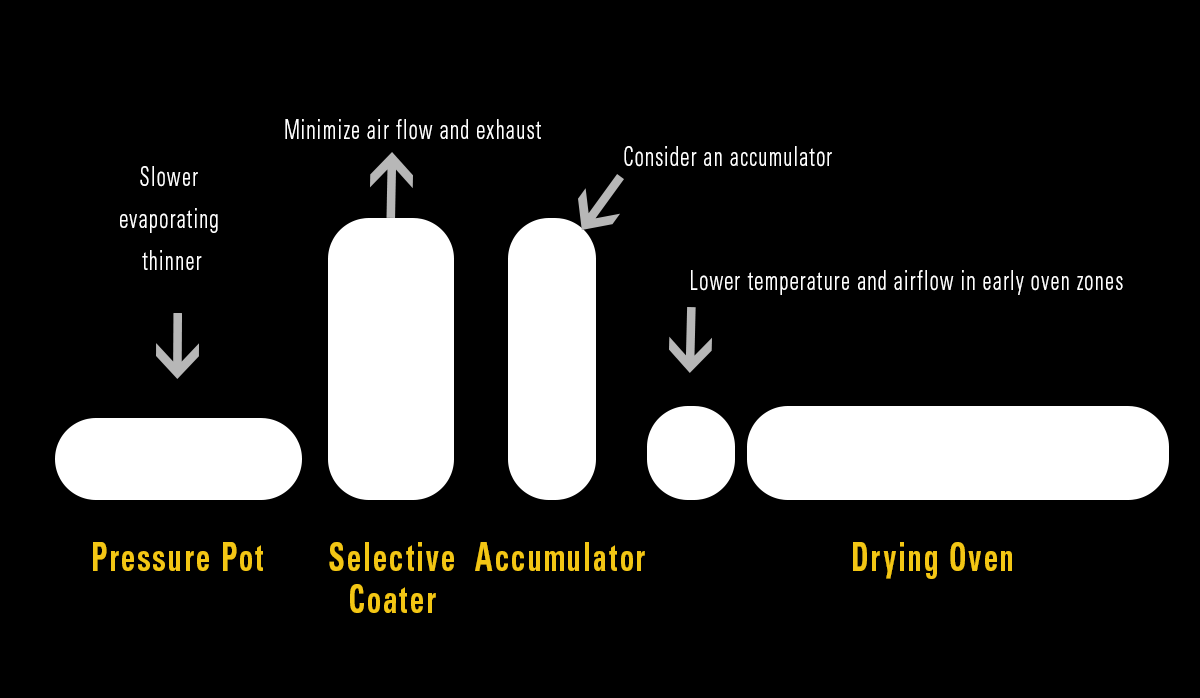 All of the above are designed as simple approaches to slowing and moderating the drying process to eliminate the skinning of the surface and the resulting appearance issues. Most often any one of these process changes can show substantial improvement, but it is possible that a combination approach may be necessary in some extreme cases.

We hope that this has been relevant and of value to you as engineers and production professionals involved with conformal coating.

As a supplier of electronics protection polymers and coatings, Chase Corporation and its employees can help you with an unbiased approach to evaluating your application and process. We’ll show you how to maximize efficiency, minimize cost, and improve product reliability. Our outstanding manufacturing and technical support groups can provide your organization with reliable global supply, unmatched quality, and superior technical support.

Please contact us today if you have any question.